Celebrating Community with you for 110 Years!

When S.A. Nelson started First National Bank of Powell back in 1912 with just $25,000 in capital, he had a simple mission: to help the community thrive by providing a better banking experience.
Over the last 110 years, so much has changed.  We've adopted new technologies, been through good times and bad, and we've expanded to serve you from 13 branch locations in Wyoming.  But that same mission to help our communities thrive by providing them with a better banking experience remains.
Generations of customers have turned to us for not only their banking needs, but for trusted financial advice, friendship, a shoulder to cry on when times are tough, and to celebrate good times together.
That's what community banking is all about.
All banks offer products and services.  But we offer something more -- a relationship.  Our hope is that when you walk in our doors, you'll feel like family.  S.A. Nelson had it right all those years ago: you deserve a better experience.
Learn more about our history below!
THE HISTORY OF FIRST BANK OF WYOMING

S.A. Nelson started his in the newspaper business.  In 1906, he bought the Cody Enterprise and eventually moved to Cody full time in 1908.  In 1909, he started the Powell Tribune and moved to Powell. Powell was officially incorporated in 1910 and S.A.'s son, R. A. Nelson, was born in the back of the Powell Tribune - becoming the first child born in Powell after the vote to incorporate the town. S.A. Nelson sold the newspapers in 1912 and started First National Bank of Powell on September 18, 1912, with just $25,000 in capital.

Due to the isolated nature of Wyoming communities, the Northern Big Horn Basin had 17 banks chartered between 1900 and 1920. Most of these banks would not survive the brutal economic conditions of the 1920s and 1930s.  In March of 1924, Powell National Bank - one of First National Bank's main business competitors – failed.  The hundreds of people who had deposited money there would not be able to get it out, and word would get around quickly in the community which could cause panic that other banks will fail.  This is called a run on a bank – when large numbers of depositors all demand their money at once.  A run could ruin a bank in a day.

After Powell National Bank failed, S.A. Nelson had to prevent a run on First National Bank.  So he had the bank's cashier drive to their correspondent bank in Billings to get as much cash as possible. He then instructed the tellers to put all the cash on display behind the teller counters when the bank opened the next day.  He hoped the simple sight of the money would give people the confidence to leave their money in the bank.  His plan worked – seeing the cash helped ease the fears of the public and kept the bank open. To further ease fears of failure, S.A. Nelson took the extraordinary step of deeding all his assets to a trust for the benefit of the depositors, to avert potential future runs on the bank during the Great Depression era.

Although the bank made it through the Great Depression, it took a toll on S.A. Nelson’s health and led to his death in 1937 at the age of 59. His son, R.A. Nelson, took over as President of the bank at the age of 27.

The bank’s most prominent robbery attempt happened in 1939 when Earl Durand entered the bank with the intent to rob it while on the run from local law enforcement for poaching. While Durand was in the bank, the townspeople heard gun fire and surrounded the building. Durand attempt to escape by tying R.A. Nelson and two other bank employees together and used them as a human shield as he left the bank. One of townspeople was able to shoot Durand, but not before one of bank employees tied up was shot and killed in the crossfire. The story of Earl Durand’s run from the law that ended at the bank was made into a movie in 1974, “The Legend of Earl Durand.”

As World War II came to an end in 1945, First National Bank had deposits of $3 million. The bank continued to grow over the following decades under R.A. Nelson’s leadership. In 1959, the bank moved to its current location at the corner of First and Clark Streets in Powell.

In 1974, Dick Nelson took over for his father as President of First National Bank. This was an exciting time in the banking industry as the country was coming off the last big inflationary period starting in 1969 that our country had seen, until recently. As inflation slowed down, the tech innovation in the financial sector was just starting. The bank installed its first computer system in 1977 and added its first 24-hour teller machine in 1982.

The Bank received its first outstanding Community Reinvestment Act rating in 1992. The bank continued to grow alongside the growth of Powell.

Above: the assets of First National Bank grew in step with the population growth in Powell.

In 1997, the bank expanded into Cody Wyoming by opening a new branch at the former site of the Buffalo Bill Fur Saloon on 8th Street. The bank continued to grow in Powell, Lovell, and Cody to reach $275 million in total assets in 2009, when its holding company merged with Glacier Bancorp.

At the time of the merger in 2009, Ty Nelson took over from his father to become the 4th generation of the Nelson family to serve as President of First National Bank.  Following its merger with Glacier, the bank switched from a National to a State chartered bank in 2012. This required the word “National” to be removed from the name, and the bank became First Bank of Wyoming.

WE PROMISE TO HELP OUR NEIGHBORS BE FINANCIALLY STRONGER TOMORROW THAN THEY ARE TODAY. 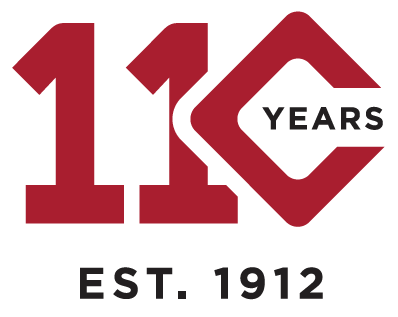